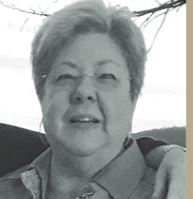 Co-Secretary – Adrienne Possenti began elephant advocacy in 2013 by starting a letter writing campaign to local newspapers to educate the community of the need for legislative intervention on behalf of traveling exotic animals. Adrienne was determined to be a force and a voice for abused captive elephants. Adrienne convinced her local elected officials to enact an ordinance banning traveling exotic animal exhibitions, ending a 52 year-long circus tradition in her community. A county resolution to ban circus animal exhibitions was put in place with Adrienne’s sponsorship. Adrienne gave testimony in favor of Nosey’s Law in New Jersey’s state capital before both the House Appropriations Committee and the Assembly Committee. Nosey’s Law was passed in December, 2018. This groundbreaking legislation made New Jersey the first state in the nation to ban all traveling exotic animal exhibitions. In May, 2018, Adrienne became an Administrator for FACE (formerly Save Nosey Now) and a member of the Board of Directors. Adrienne now dedicates herself full-time to FREE ALL CAPTIVE ELEPHANTS (FACE) and to supporting the TRAVELING EXOTIC ANIMAL PUBLIC SAFETY PROTECTION ACT, H.R. 2863 (TEAPSPA). A highlight in Adrienne’s advocacy history was being present in Washington, DC during the reintroduction of TEAPSPA, May, 2019.