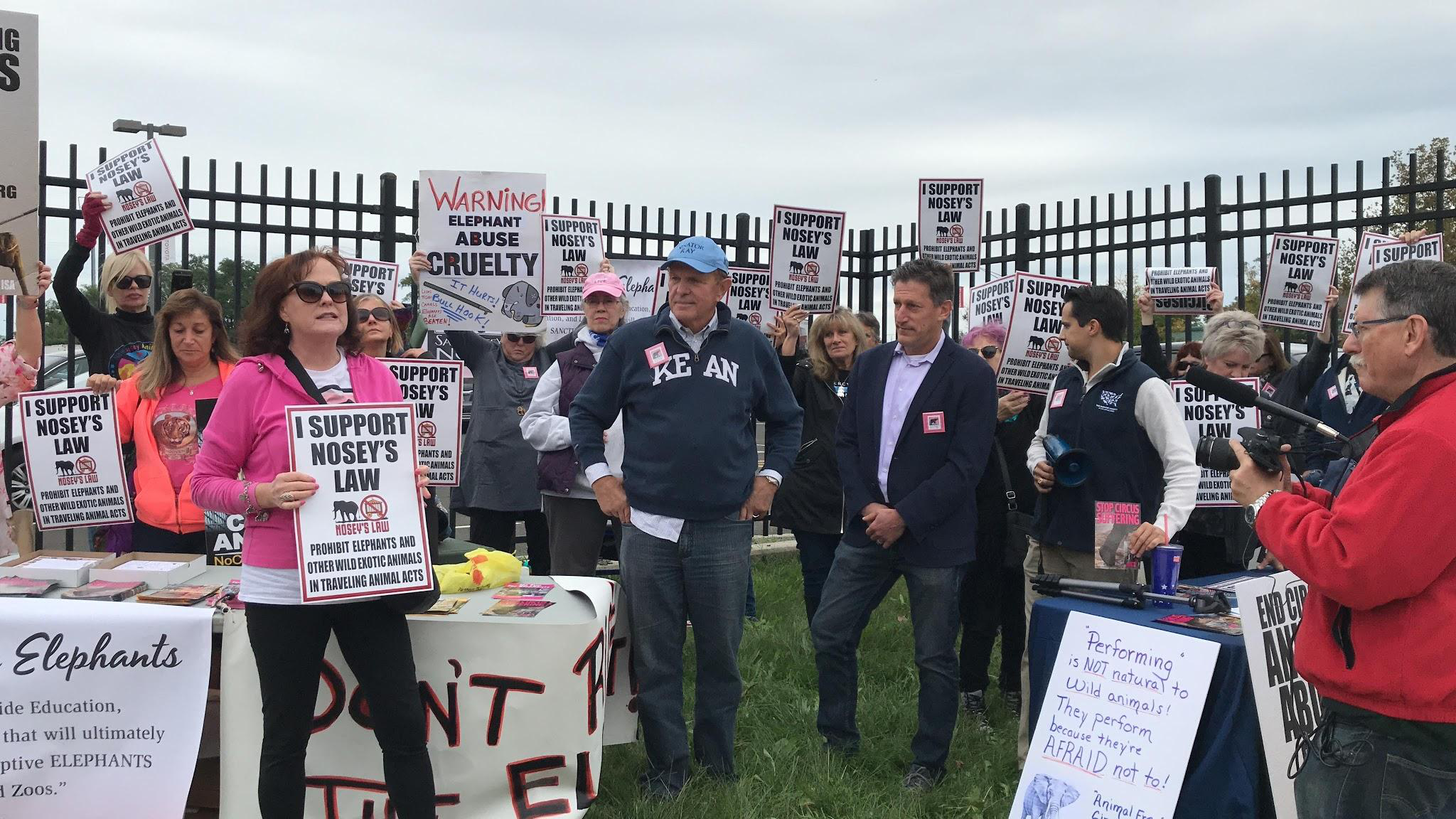 FACE Directors Robin Vitulle and Adrienne Possenti organized this very successful Rally for Nosey’s Law and Protest against the Garden Bros. Circus in Trenton, NJ in October of 2018.  Former Senator Raymond Lesniak, champion of Nosey’s Law, Assemblyman Andrew Zwicker, Sponsor of Nosey’s Law, Brian Hackett, NJ State director of HSUS, and many dedicated ADVOCATES were present for this event held just before Nosey’s Law was passed into LAW on December 14th, 2018.  CLICK ON PHOTO for link to Gov. Murphy signature of Nosey’s Law.

Here are a few ways that you can make a difference in the lives of these magnificent animals:

LEGISLATION – The Key To Change

FACE works continously with legislators around the country to imporove the conditions and protections for elephants on both the state and federal levels.

Your support of bills in your state can make a tremendous difference.

NEVER Buy a Ticket to a Circus

Yes, elephants are big and strong but their spines are not made for giving rides, furthermore, captive elephants are prone to foot problems which are very painful. Riding them exacerbates these problems which can lead to infection and an early death.  Captive Elephants are not domesticated animals.  They are dangerous and have caused numerous injuries and deaths in the United States and around the world.  Watch for traveling elephants giving rides in flea markets, small carnivals, or festivals.  If you see an elephant in this type of venue, please contact us ASAP.  Your photos and eyewitness testimony can help.

Click here to donate. 100% of your donation will go directly towards our efforts. Please see our current campaigns link here to learn about our campaigns to get captive elephants to sanctuaries accredited by the Global Federation of Animal Sanctuaries (GFAS) and towards improving the lives of elephants not likely to be released.

Our organization relies 100% on donations for its operation and campaigns. Your contribution allows us to advocate for elephants that are in desperate need. 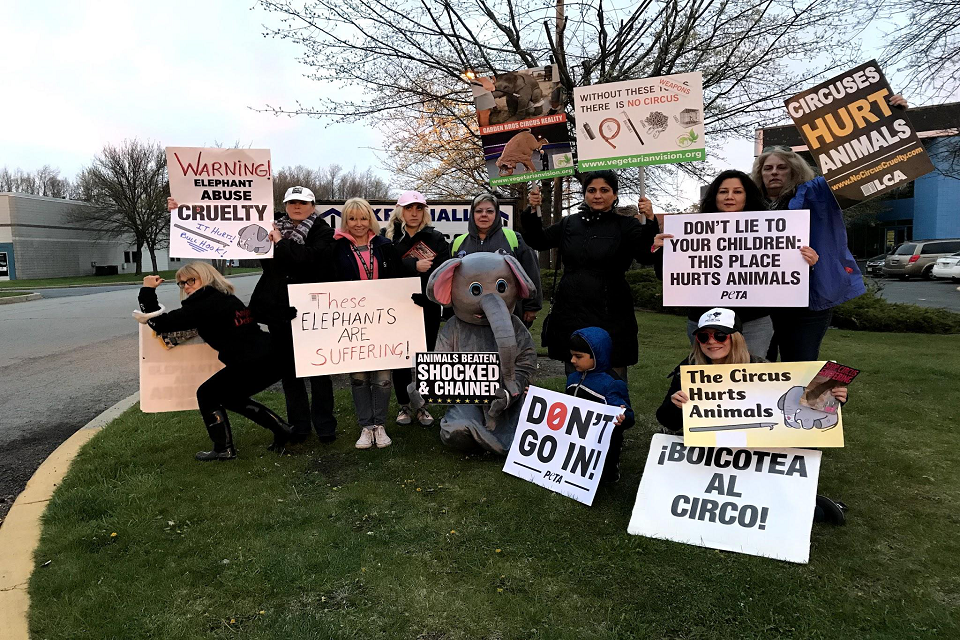 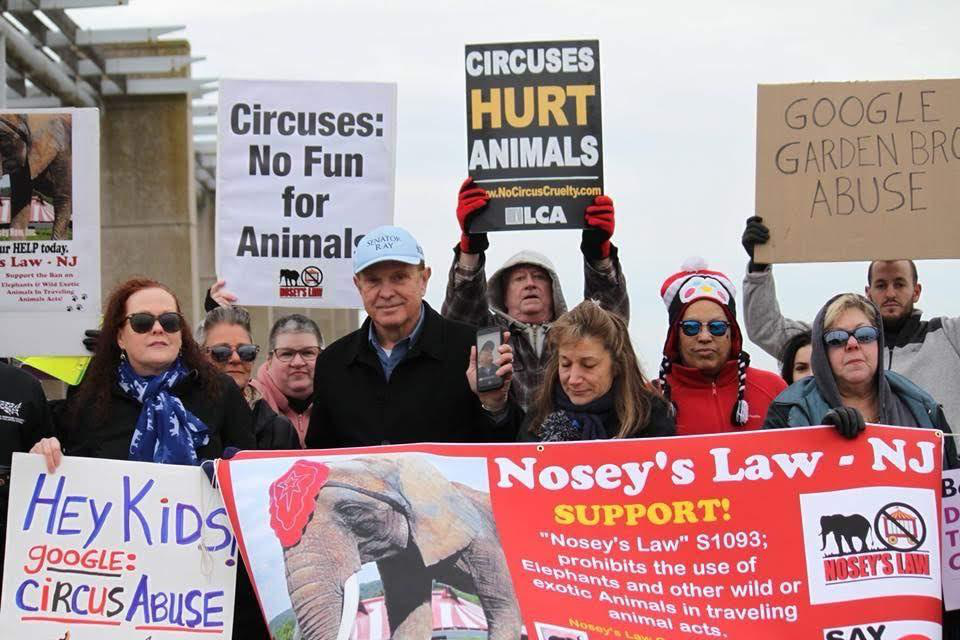 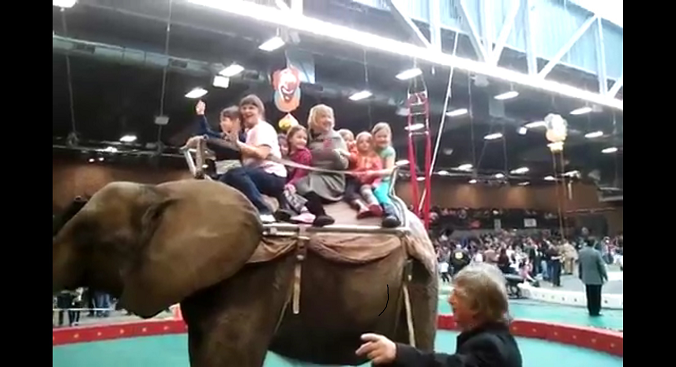 Above, Nosey giving rides to 8 people. 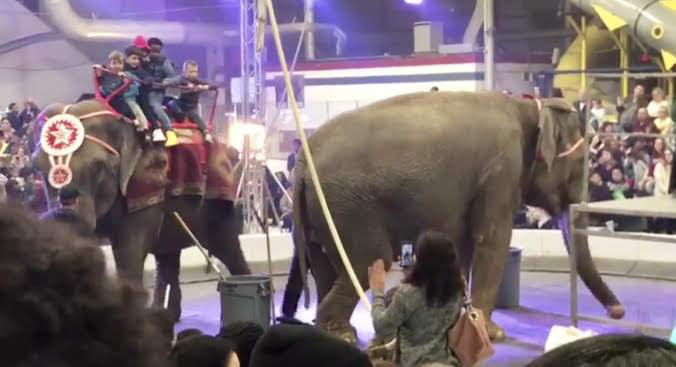 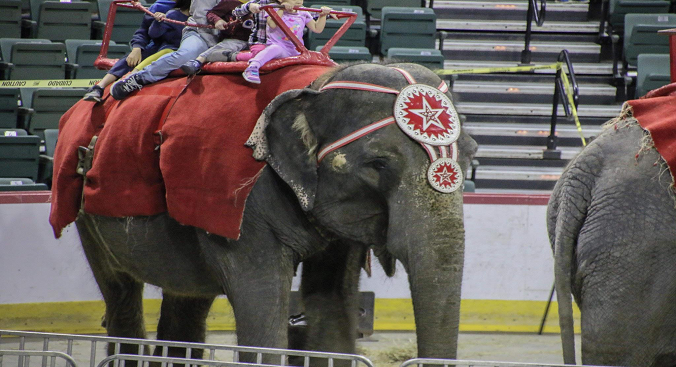 Isa at yet another circus event giving rides.

Viola and Isa travel with Carson and Barnes Circus and are leased out to other circuses such as Garden Bros.  Many circuses are still on the road and all of them have violations against the Animal Welfare Act. (AWA)

Protest a circus in your town and be a voice to educate those attending.  You CAN make a difference for elephants.

When ACTION is taken… the lives of elephants can change.  A FACE Success Story for Nosey! 11/10/2017

Nosey is one of the fortunate ones and is known throughout the world as the “poster child” for captive elephants. After nearly 3 decades of documented violations of the Animal Welfare Act by Nosey’s “owner”, and due largely in part to the efforts of FACE, she was seized on the side of the road in deplorable conditions in Lawrence County,  Alabama on November 10th, 2017. The seizure was set into motion after a local animal control officer was called by a concerned citizen. The animal control officer in turn contacted now FACE President, Robin Vitulle. Ultimitaly, Nosey was transported to the accredited Global Federation of Animal Sanctuaries (GFAS), Elephant Sanctuary in Tennessee where she remains today. She is no longer subjected to the horrors of circus life that all performing elephants suffer. Nosey now receives the finest expert veterinary care, continuous fresh water, nutritious food, fresh browse, mud puddles to play in and trees to debark. Most importantly, Nosey now has the FREEDOM to do what she wants when SHE wants. Nosey had been deprived of so many things that are a natural part of being an elephant since she was transported from Zimbabwe, Africa to Florida, USA in 1982. Nosey was one of these elephants featured in the ABC 20/20 report that aired in the 1980’s  Nosey was one of these terrified elephant babies.  TODAY this is still happening.  Babies are separated from their herd families by force and shipped off to countries that use them in circuses and zoos.  They often die in transport, but those that do make it live a life many would say is a life worse than death.

Above Video:  Nosey was one of these elephants captured in Zimbabwe, Africa and flown on a jumbo jet to the United States.

The ABC 20/20 news program named, “The Flying Elephants”,  aired in the 1980’s, highlighting the transport of 63 baby elephants.

Over 30 years of captivity , this was Nosey: 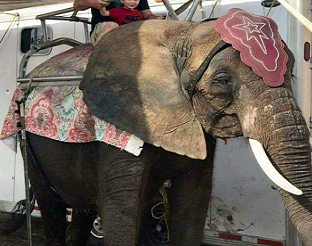 Nosey with people riding on her back reveals what poor condition she was in before her rescue.

But then because a local citizen took ACTION

and picked up the phone… 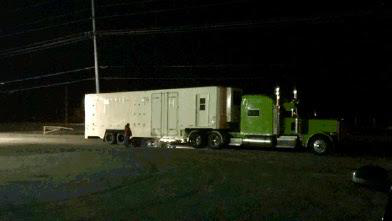 Nosey’s luxury transport arrived to wisk her away to a life in sanctuary.

Help arrived and now Nosey is FREE in Sanctuary! 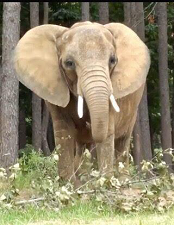 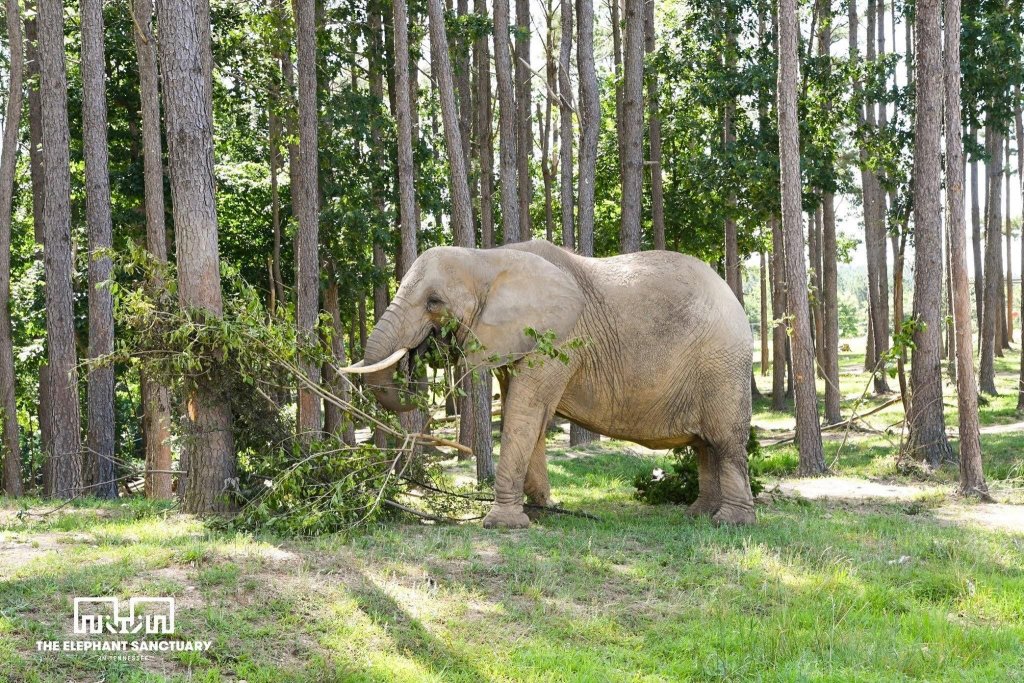 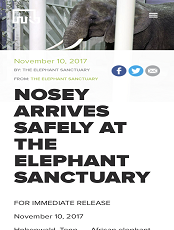 There are still dozens of elephants in North America in circuses and roadside zoos that need our help.

Will you help us help them?

DONATE to FACE.  link HERE to donate 100% of your donation will go directly towards our efforts. Please see our current campaigns link HERE to campaigns to get captive elephants to sanctuaries accredited by the Global Federation of Animal Sanctuaries (GFAS) and towards improving the lives of elephants not likely to be released.