According to the Elephant Database, Nosey was captured at the age of two in 1984 from Zimbabwe (likely Hwange National Park). She was ripped away from her entire herd, many of whom were slaughtered in a government cull to control the elephant population. The conflict between humans and elephants has been an ever growing concern. Nosey, along with 62 other elephants were purchased by the eccentric multi-millionaire and founder of Nautilus exercise equipment, Arthur Jones. It was Jones’s intention to “save” these baby elephants and to have the largest herd of elephants at his Ocala, Florida estate known as Jumbolair. Jones used his enormous wealth and a Boeing 707 to air lift the elephants in the first operation of its kind in history. This was documented on ABC’s 20/20 in a segment called Jumbolair, The Flying Elephants. NOSEY WAS ONE OF THESE BABIES ON THIS JUMBO JET.
Watch both segments here:  PART 1: Jumbolair Part 1  and PART 2: Jumbolair Part 2

By 1986 Jones had become overwhelmed with his herd. He had 98 elephants at one point. He contracted with David Meeks of the Meeks Company in South Carolina, to assist him in rehoming the elephants. (This was where Nosey was BROKEN to learn how to become a circus elephant).  Approximately 40 elephants were sold off to circuses and zoos while numerous others died. Nosey was sold to Meeks, who kept her until 1988 when he sold her to Hungarian immigrant and circus clown Hugo Liebel.

In 1986 Meeks advertised the sale of the elephants in a publication known as the Circus Report:

“Available for Sale Baby African Elephants Ranging from 3 to 5 years old. All our BABIES are “broke to leg” chain and lead. Any SPECIAL TRAINING is available on request…GET YOUR ELEPHANTS NOW…while they are AVAILABLE, AFFORDABLE and SMALL. 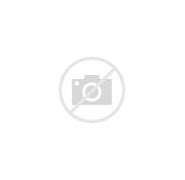 MOULTON, AL – The Lawrence County Sheriff’s Office has confirmed that the owners of Nosey the elephant, Hugo Liebel and his wife Franciszka, were arrested Saturday morning on animal cruelty charges. They were both released on a $1,000 bond.

Liebel, now a resident of Davenport, FL went on to start his own low budget circus with his wife Franciszka and eventually their five children along with various transient workers. Nosey was trained to do tricks and give rides through the use of brutal training methods including a bull hook (a device resembling a fireplace poker), sledgehammers, shovels, and electric shock. Testimony from a former employee of Hugo Liebel gave this account of a “session” where Nosey was brutally beaten to teach her a lesson:

For more than 30 years, Nosey suffered greatly at the hands of the Liebel family. She was often chained for hours on end, not given adequate food, water, veterinary care and deprived of the companionship of other elephants all the while forced to perform by her greedy owners in the name of human “entertainment”.

Life on the road and the lack of veterinary care took its toll on Nosey. She developed arthritis, foot and skin problems as well as a host of other health ailments that were all brought to light at Nosey’s custody trial, December 2017, in Lawrence County, AL as reported by Dr. Lydia Young. Throughout the years over 200,000 public complaints were made to the Florida Fish and Wildlife Conservation Commission (FWC) about Nosey.  Liebel was also cited by the United States Department of Agriculture (USDA) for more than 200 violations of the Animal Welfare Act (AWA).

Below is a partial list of these violations, many of which were repeated on numerous occasions:

In 2011, 33 formal charges were brought against Liebel by the USDA in a formal complaint. The USDA could have taken action to terminate Liebels exhibitor’s license and seize Nosey, however instead they entered into a settlement agreement with Liebel in 2013. Liebel was assessed a civil penalty of $7,500 and ordered to stop violating the AWA. As is often the case in these circumstances, these fines amounted to nothing more than the cost of doing business and there is no evidence that they have ever been paid. However, Liebel continued to consistently violate the AWA until 2017 when Nosey was finally seized in rural Alabama by local authorities.
Through the use of social media and other sources, several founders of FACE began tracking Nosey’s whereabouts in 2014. By placing a post on our FB page, we would ask “Have you seen Nosey? Please be on the lookout at any roadside set up for her and let us know”. Upon finding out where Nosey was scheduled to be, or finding out that she was already being exhibited, we would spring into action  immediately calling venues and local officials and informing them of the history of abuse and neglect of Nosey along with the dangers to the public. Often peaceful protests were organized at the venues where advocates would document the violations with photos and video that was in turn given to both state and local authorities.

Our actions severely hampered Liebel’s business. Venues were cancelled and eventually, Liebel stopped advertising his upcoming shows in local newspapers and on social media. Our efforts were working. Liebel was feeling the pressure.
He often referred to Nosey by other names such as Tiny or Peanut and also changed the name of his circus several times to throw advocates off of the trail. It didn’t work.

FACE was successful in getting Liebel’s liability insurance cancelled as well as getting the FWC to deny renewal of his state exhibitor’s permit in June, 2017. (State of Florida letter of Denial to Hugo Liebel). This spelled the beginning of the end for Liebel. This meant he could no longer return to Davenport, Florida with Nosey. Liebel was feeling the pressure and began exhibiting Nosey wherever he could, abandoning the requisite itinerary. Locating Nosey was like finding a needle in a haystack. But find her we did!

After nearly 3 decades of documented violations of the AWA, by Nosey’s “owner”, and due largely in part to the efforts of FACE, on November 10th, 2017, the Miracle in Moulton was set into motion after a local Alabama animal control officer, Kimberly Carpenter, was called by a concerned citizen, Shay Culbertson, who found Nosey chained by both front and hind legs in a rural town in Alabama. Ms. Carpenter, who was unfamiliar with elephants, did what MANY animal control officers before her did not have the courage to do, she took ACTION! She took one look at Nosey and knew something was very wrong. She contacted now FACE Vice President, Robin Vitulle, for help on what to do next.

The seizure order was served on Franciszka Liebel, who then placed Nosey in her cramped trailer where she would remain for almost 30 hours straight. After a night of waiting for appropriate transportation to arrive, and while the local sheriff’s office kept watch to ensure Liebel did not flee the jurisdiction, Nosey was sucessfully transported to the Elephant Sanctuary in Tennessee.

Liebel did not go down without a fight. It took a 10 hour trial with multiple witnesses including several elephant experts and several appeals to ensure that custody of Nosey would NEVER be returned to Liebel. Finally, almost two years to the day, on November, 4, 2019, Circuit Court Judge, Mark Craig, dismissed Liebel’s appeal.
Today Nosey continues to live at the Sanctuary where she is enjoying making her own choices to eat and drink when she wants to, wallow in the mud when she wants to, to knock down trees when she wants to, and everything that brings her happiness on her terms. She is thriving under the care of the sanctuary’s extraordinary caregivers and veterinary care staff.  We are so overjoyed at Nosey’s freedom after all her years suffering in captivity.

* See below: Alabama court order and announcement from the sanctuary *

ORDER OF DISMISSAL OF APPEAL
AND REINTSTATEMENT OF LOWER COURT JUDGMENT
THE PARTIES appeared through counsel for consideration
of pending motions, including the Plaintiff’s Motion for
Dismissal to Sanction Defendants’ Gross Misconduct and
Defiance of Court Orders (doc. 120). The court heard
arguments of the parties concerning these motions. Upon
consideration of all matters of proper record, of the
written arguments and briefs of the parties, of the oral
arguments made during the hearing, of the applicable law, of
the court’s ability or inability to afford practical relief
and of every other matter related to the issues raised in
the motions before the court, the court announced its
rulings in open court. In accord with the announced rulings,
it is
ORDERED that this appeal for trial de novo is DISMISSED
WITH PREJUDICE.
It is further ORDERED that the January 22, 2018, judgment of the
District Court of Lawrence County, Alabama, the Honorable
Angela D. Terry presiding, is REINSTATED. It is further
ORDERED that, unless granted directly or necessarily by
this instant order, all other motions and requests for
relief are DENIED. It is further
ORDERED that the Clerk of this court shall publish this
order as a final judgment in accord with Ala.R.Civ.P. 5(b)
and 77(d).
DONE this 4th day of November, 2019.
/s/ MARK B CRAIG
CIRCUIT JUDGE

November 10, 2017 from The Elephant Sanctuary in Tennessee: Nosey’s Arrival

Hohenwald, Tenn. — “African elephant Nosey arrived safely at The Elephant Sanctuary in Tennessee late Thursday night after she was confiscated in Alabama by Lawrence County animal control officers on Wednesday, November 8, 2017. The Sanctuary will be a temporary refuge for Nosey until the court makes a final ruling. (At this time, the case had not been settled) The Sanctuary’s Veterinary and Husbandry teams greeted Nosey upon her arrival with fresh-cut produce, bamboo, and banana leaves. Staff monitored her throughout the night and reported that Nosey showed calm interest in her new surroundings. Over the next weeks, Nosey will be kept separate from the other elephants as her health and individual needs are evaluated. We applaud all those who have worked so tirelessly on Nosey’s behalf. The Sanctuary Staff is committed to providing the highest standard of care for Nosey during her time at The Elephant Sanctuary.”

Enjoy this synopsis of how Nosey now spends her days in wonderful SANCTUARY… she spends her time doing what she wants, when SHE wants.

At The Sanctuary, Nosey is spending spring grazing on the grassy hilltop in her habitat, lying down to nap in the sun, creating new wallows, and splashing around in the mud. The Sanctuary’s Facilities and Care are constantly working to create new opportunities for Nosey to engage with the natural habitat—mapping out and clearing trails, digging wallows, and providing ample enrichment. We celebrate Nosey’s daily choices to engage with her surroundings.
Nosey also continues to progress daily in Protected Contact Management and is eager to participate in training with Caregivers—presenting all four feet and lifting her trunk for dental inspection. On one particularly warm day last week, Nosey was offered a firehose bath by Caregivers. She leaned in to the water, lifting her trunk and rubbing it on her head and face. Her excitement appeared to grow as she vocalized several times and continuously turned to be hosed on all sides. She presented all four feet to be hosed and laid down during the bath to roll in the mud. Afterward, Nosey rubbed her body on the street brush in the habitat, and then walked to the wood line where a pile of treats awaited her. 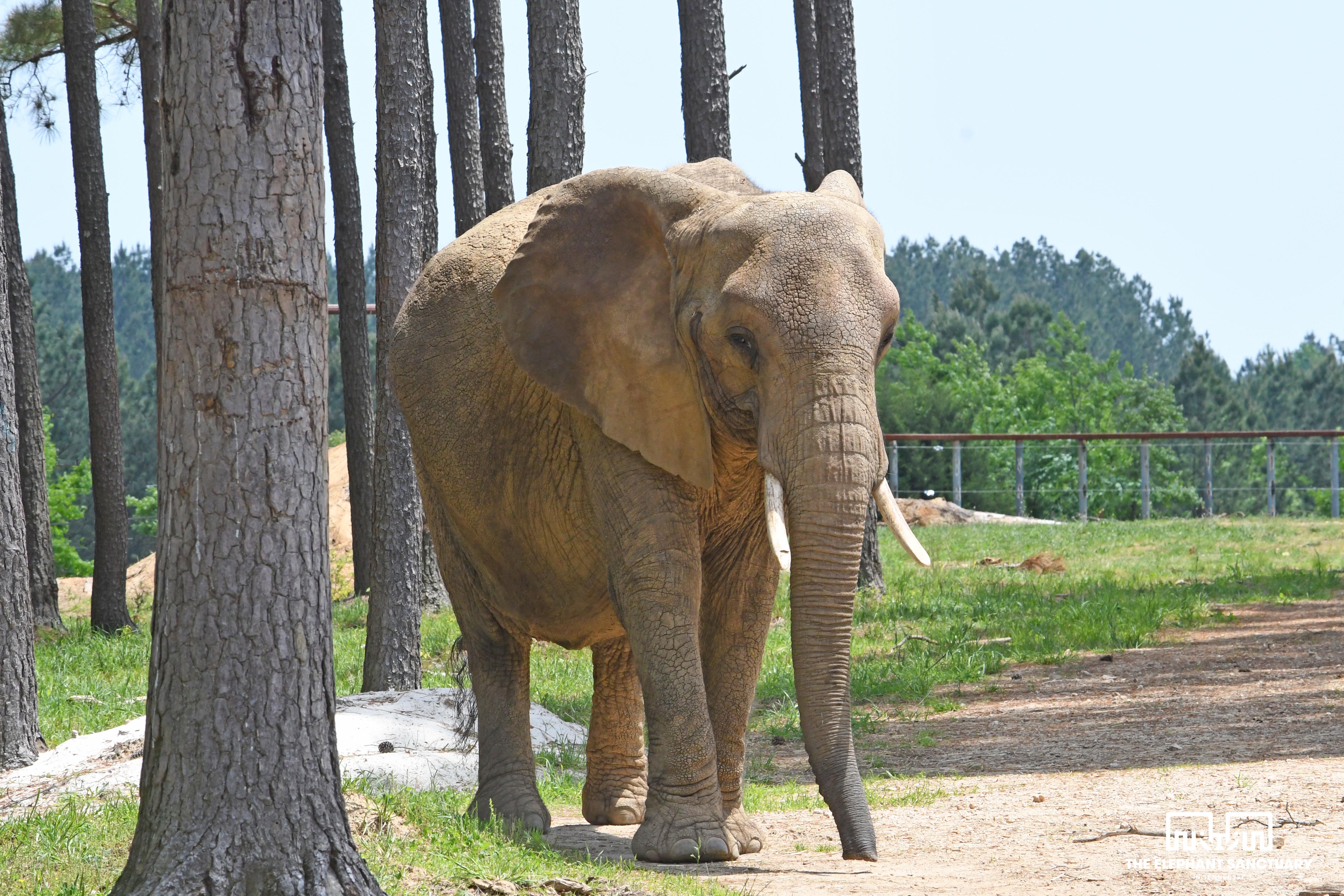 There are still dozens of elephants in North America in circuses and roadside zoos that need our help.
Please support the work of Free All Captive Elephants: DONATE TO FACE. 100% of your donation will go directly towards our efforts. Please see our current campaigns to get captive elephants to sanctuaries accredited by the Global Federation of Animal Sanctuaries (GFAS) and towards improving the lives of elephants not likely to be released.